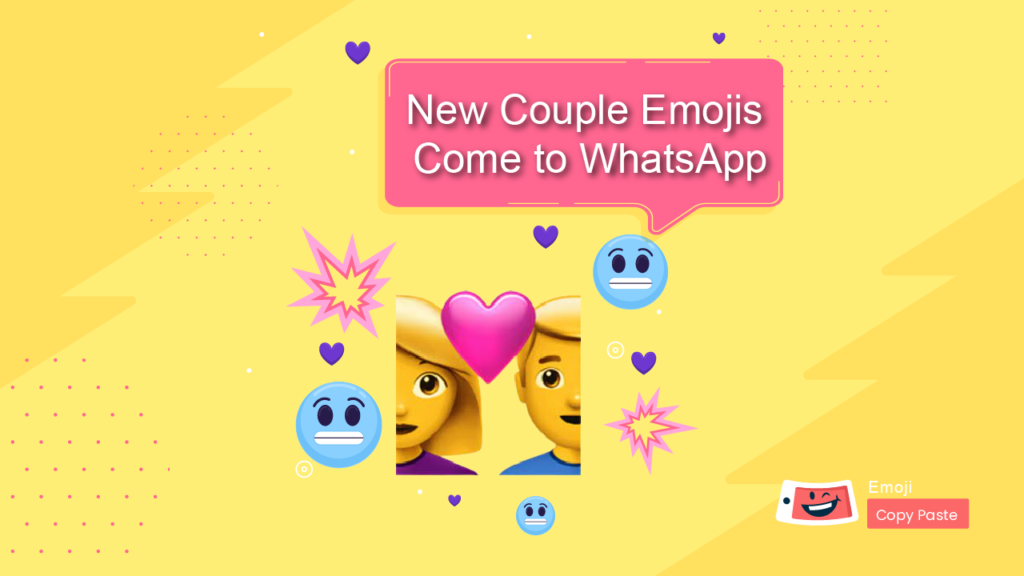 WhatsApp has recently launched an update for all their Android users, bringing more than 200 emoji combinations of different skin colors to the platform’s emoji set for the first time ever. Over 240 new emoji variations have been added to WhatsApp 2.21.23.23.

A couple of Emojis of different skin tones have been released by WhatsApp in the recent update and we are all super excited. We can now get a good variety of options for “Couple with Heart” and “Couple Kiss Emoji”

With the addition of these New Couple Emojis on WhatsApp, users can now select their skin tone of choice. They can easily add various skin combinations and pick couples according to their requirement.

WhatsApp is known for playing around with new emojis each year and is continuously adding more features via update updates. We have had multiple new variations of different emojis in the past couple of months and WhatsApp has now released New emojis in the WhatsApp beta (Android 2.21.22.8). Initially, this feature was only available for Apple/IOS users, but now, Android users can easily access this update too.

Although this Facebook-owned platform hasn’t publically given a statement about when it is going to get released for all Android users. It is expected that new features will be available very soon.

With the new emojis that have made their way to WhatsApp, users can select the skin tone combination of their choice. You can change the skin tone of the emoji as many times as you like.

Recently, this social media platform introduced a new feature through which WhatsApp users could create their own unique stickers from the access of their Phone’s gallery. WhatsApp offers a bunch of exciting features to its users, like Outlines, Text, Emojis, Stickers, GIFs, Crops, Paint, rotate, etc.

How to create the New Couple Emojis on WhatsApp 👩‍❤️‍👩?

Can’t figure out how to change or select the skin tone combination of the new emojis on WhatsApp? Worry less, because here’s how you can create your desired romantic Couple Emoji:

Emojis have undeniable importance in digital communication in today’s era. Emojis or emoticons have become a significant part of the everyday textual conversation, whether it is with a friend, family member, or colleague. Over recent years, internet users have been using these emojis to fill the void which is left by the back of body language and human essence in written communication.

Many variations of emojis have been added to the more emojis for WhatsApp panels this year, and users are loving them. It is hard to even remember a time when different Skin Tone Combinations of emojis weren’t a thing. In 2015, WhatsApp introduced a “skin tone selection” feature for its emoji. But, some Emoji designs are so complex that they still aren’t compatible with all operating systems.

WaBetainfo reported that WhatsApp will be adding new combinations for multiple emojis this year, and we are looking forward to it. These additions will allow users to select different couples of different skin tones. This may not be a big deal for many people, but for those users who have been longing to customize their own emojis for quite some time; this update is perfect them. They can easily customize the skin tone of both the right and left partners in the emoji panel directly.