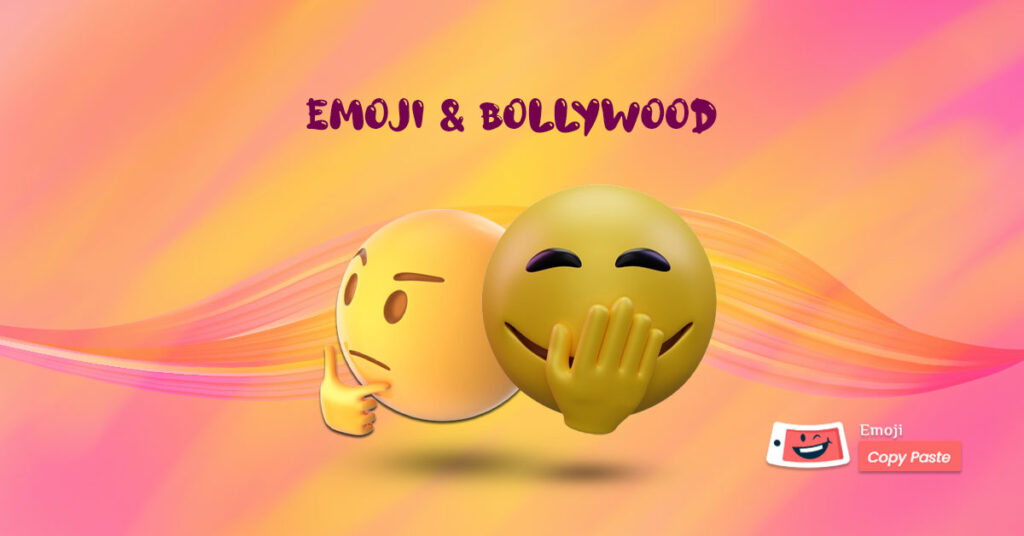 Emojis play a significant role in our digital communication. People of all ages and genders use them. Messages and social media are incomplete without their presence. They have become so popular over recent years that we can’t imagine our online conversations without them. But did you know that Emojis have paved their way into Bollywood now?

The colorful smileys, notorious winks, and hearts have hit the big screens of Bollywood. Many smileys are featured in Bollywood movies nowadays. They are hot property that never fails to attract an audience. Bollywood actors are conveying their emotions without even saying a word on the silver screen.

They bring life to your dull messages. Adding bright and fun emoticons to your social media account attracts more audiences. It engages more people and your following grows. So, add some fun to your daily conversations with these small pictures.

Bollywood Movies based on Emojis:

During the Covid-19 pandemic, the majority of us spent time watching Bollywood Movies. Binge-watching a variety of Bollywood movies was the main thing at that time. If you are one of those people, then today’s article is for you. These Bollywood Movies based on smileys will test your knowledge.

Released in 2018, Zero is a romantic drama/thriller movie. Shahrukh Khan is the star, alongside Anushka Sharma, and Katrina Kaif plays the female lead. The film was directed by the famous director Anand L Rai.

Kedarnath featured the late Bollywood actor Sushant Singh Rajput. Saif Ali Khan’s daughter, Sara Ali Khan made her debut in this film. It’s a film about love, tragedy, and a thriller all in one.

The hit Film “Sanju” revolves around the true story of Sanjay Dutt. The film depicts his life struggles and journey. Ranbir Kapoor played the main role, alongside Paresh Rawal. He exquisitely played the character of Sunil Dutt.

Sui Dhaaga was a hit film that brought two marvelous Bollywood actors together on-screen, Varun Dhawan and Anushka Sharma. The film revolves around the story of a couple who owns a small-scale clothing line. Did you guess the movie’s name by these emoticons?

1. Can I copy/paste these emojis?

Yes! You can easily copy/paste these emoticons anywhere you want. Our website allows you to copy them onto any social media platform directly. They are compatible with both Android and IOS devices.

2. Do these emojis look the same on all devices?

No, they do not look the exact same on every device. For example, Facebook makes some smileys look brighter, while they are round-shaped on Twitter. Apple devices have different variations of smileys than Android devices. But, you can still use these emoticons on all operating systems and apps.